The RKD has, among its records, the archive of artist Douwe Jan Bakker (1943-1997). Some of the most engaging letters in this archive were written by his good friend Magnús Pálsson (1929), one of Iceland’s best-known artists. In this episode, this remarkable figure is discussed by curator Lynne van Rhijn. His letters to Bakker describe how Pálsson sent him Puffin meat, and typically Scandinavian reversible mittens with two thumbs. The frankness with which he talks about his life, work and developments in Icelandic art is what makes reading this correspondence particularly worthwhile, as do the warmth and subtle humour that permeate his writing.

The second episode in the RKD series on colourful people from contemporary artistic and cultural life, written by curator Lynne van Rhijn, is about Barbara Bloom (1951). At 21, she moved from California via London to Amsterdam. During her ten-year stay in our country she was to play a role in the development of performance art, but she also explored what her own work was essentially about. The collection of the RKD contains, among other items, a viewing copy of her film The Diamond Lane, also posters and a note received from an extra in this film.

The NY School of Visual Arts and the University of Graz host a conference on the role of plants in art. What would be a more fitting subject for a keynote lecture than herman de vries? 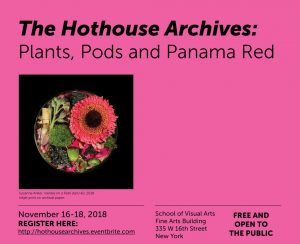 Usually a postcard highlights something special. You share with your family how very whimsical it is that that tower of Pisa can stand so askew, or how blue the Mediterranean Sea is. The simultaneously sent postcards depicted here seem to have a similar intention. The special object is depicted rather ordinarily. Only the text on the front makes one frown briefly: ‘the castle as castle’, herman de vries writes, and that seems a duplication. But with it he inserts a subtle shift in meaning. That singular beautiful castle becomes just a castle, like there are many more.
In the case of the postcard of the king the intervention of the artist works slightly differently. For this portrait a man is dressed up in the most expensive clothes and with a heroic pose captured in paint. The individual made special as a kind of noble superman. But if we see this king as king, he becomes common again. A bit cliché even, that mantle with its lining of mink fur. 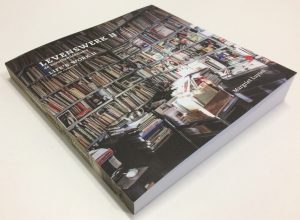 Published by Pels & Kemper, ’s-Hertogenbosch, December 2017
Available at bookshops or directly from info@margrietluyten.nl

See margrietluyten.nl for more info on the Levenswerk film series 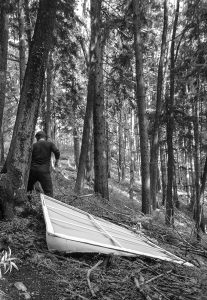